Do you want to help your children?

Do you want to help ensure your children turn out to be happy, composed and socially well adjusted?
Then Bond with them when they are infants!

This is the message from a study by the University of Iowa, which found that infants who have a close, intimate relationship with a parent are less likely to be troubled, aggressive or experience other emotional and behavioral problems when they reach their school age.

Surprisingly, the researchers found that a young child needs to feel particularly secure with only one parent to reap the benefits of stable emotions and behavior, and that being attached to dad is just as helpful as being close to mom.

The study bolsters the still-debated role of the influence that a parent can exercise at the earliest stages in a child’s mental and emotional development, the authors contend in the paper, published in the journal Child Development. 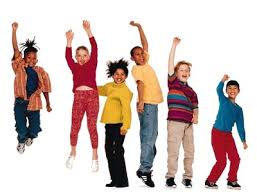 “There is a really important period when a mother or a father should form a secure relationship with their child, and that is during the first two years of life. That period appears to be critical to the child’s social and emotional development,” says Sanghag Kim, a post-doctoral researcher in psychology at the UI who collaborated with UI psychology professor Grazyna Kochanska on the study. “At least one parent should make that investment.”

The researchers assessed the relationship of 102 infants (15 months old) with a parent and then followed up with 86 of them when they reached age 8. Separate surveys of the parents and the child were taken at that time. The infants and parents were drawn from a broad spectrum of income, education, and race. All the couples were heterosexual.

The authors also solicited feedback from teachers about the children, which ranged from concerns about inner emotions, such as worry or sadness, to more outward displays, such as disobedience and aggression. Interestingly, the children’s reports and their teachers’ impressions were similar; yet they differed, sometimes greatly, from the parents’ evaluations.
“Parents and teachers have different perspectives,” Kim explains. “They observe children in different contexts and circumstances. That is why we collected data from many informants who know the child.”

The researchers were surprised to find out that infants who had felt attached to both parents did not enjoy additional mental and emotional advantages into childhood, compared to those who had been close to one parent. The UI psychologists’ best explanation is that a warm, secure, and positive bond with at least one primary caregiver may be enough to meet the child’s need for security and to provide a solid foundation for development.

Other studies have contended that being secure with both parents can have additional advantages; this study, however, checked in with the children when they were older and their outcomes could be more fully measured than those surveyed in previous work, the Iowa researchers said.

The study appears to be good news for single mothers and stay-at-home dads, two marked parenting shifts that are defining this generation. Kim says the study shows that either parent can serve as a secure, attachment figure for the infant, thus providing the closeness and support to promote the child’s healthy emotional growth.

“Some people think the father is not good enough to be the primary caregiver,” says Kim, who earned his doctorate in sociology at the UI last year. “Our data show otherwise.”

The study did not directly sample single mothers, as all families included two parents. Still, the finding that one parent can provide the tight bond and emotional dividends as two parents “is a good sign,” Kim says, that should be studied further.

On the other end, the study showed that infants who had not felt secure with either parent were more likely to report worries, fears, and aggression when they reached their school age. 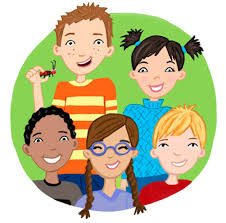